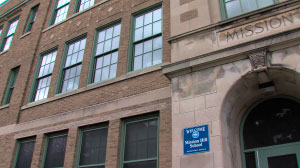 Early in our filming we met with Brenda Engel, Senior Research Associate and Professor Emerita at Lesley University.  Brenda has observed Mission Hill since its inception, and continues to advise the staff, as well as maintain their archives.  This is part of a letter she wrote us after our meeting, which we think offers additional insight into the school:

“… I think one of the important ideas which you mention and which could be central to the film is MHS as a “teaching community.”  The organization of the school is relatively non-hierarchical; the teachers take responsibility for aspects of the school ordinarily assigned to principals or even school departments, like deciding the curriculum, planning schedules, doing hiring, etc.  What you see, in fact, at MHS, is education for democracy in action.  Democracy is not only studied, discussed, read about as it is in many schools; it is lived in this school.  This can be seen clearly in the respectful relationships among adults and between adults and children.  Also, it is assumed that teachers and other members of the school community are intelligent, thoughtful, creative people, capable of thinking intelligently and responsibly about the needs of children.  Similarly, children are considered to be curious, imaginative and potentially interested in finding out about the social and physical world around them.  We get so used to the vertical lines of authority in educational institutions – control of teachers and a kind of force-feeding of children – that it’s a revelation to see order and organization maintained without top-down dictation backed by threats of various sorts.

Mutual respect, of course, also leads to the kind of self-respect evident in members of the staff and the children ( or vice versa) – a non-defensive sense of self-worth. The children are generally easy and friendly, the classrooms welcoming.  There’s an atmosphere of comfort, which stems from the recognition of worth and worthiness.

It’s not always all smooth, to be sure.  There are glitches, difficulties, disagreements and so on.  How these are dealt with when they do occur, however, is also significant.”

Unbeknownst to us or to the Mission Hill community, 2011-12 was their last year at their original location. Boston Public School’s decision to move them to a larger space came close to the end of the school year, and we chose not to cover the controversy and many meetings that began midway into our filming. Everything that we show is equally true at the new location, except the layout of the building. There were concerns that the school’s student composition would be altered, but that has not come to pass, but it has a slightly larger population now than it was in 2011-12, having added pre-kindergarten.

Mission Hill has a highly developed website that will answer most questions about the structure and spirit of the school. We particularly suggest you look at the weekly newsletter section.