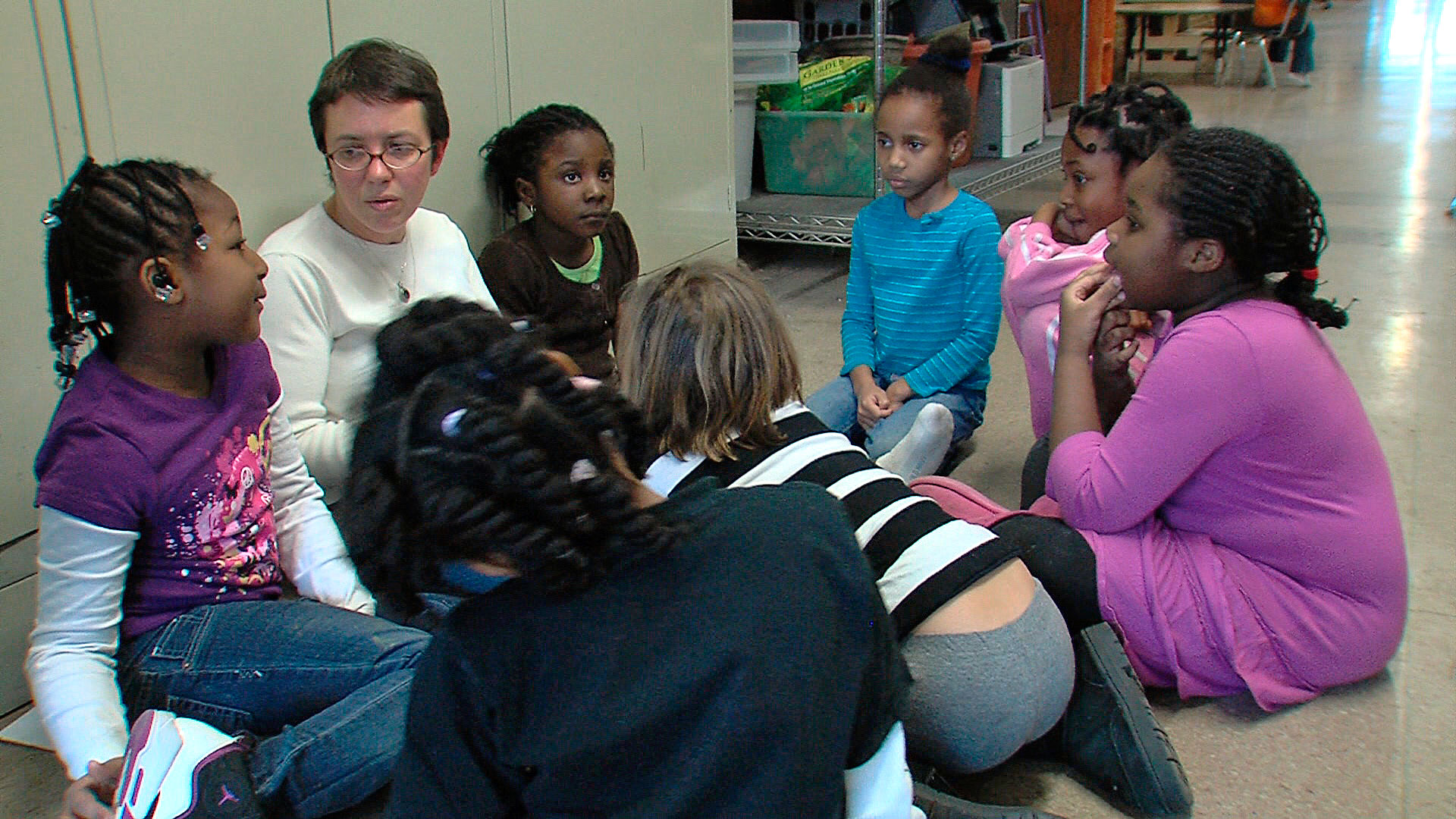 Melissa sits in the hallway of Roxbury’s Mission Hill Pilot School with three of her first grade girls, and three from Miss Jenerra’s second and third grade.  She asks Ebony, a round-faced popular second grader, ““How do you think it feels to not have a friend?” Ebony answers with great seriousness: “It feels bad.”

Rayon rolls his eyes when Mom tells teacher Nakia she is grateful that her son can work on being attentive without being labeled, but they all know what she means. Jhayden‘s mother worked hard to get Boston Public Schools to mainstream her son here.  Each day he makes more eye contact and wins more hearts.

This focus on the individual doesn’t happen by chance.  These teachers, unlike most of their public school peers, can take the time they consider necessary to help children develop socially and emotionally, or to delve deeply into a subject. Together with the entire school staff they democratically decide most aspects of school life, and trust each other enough to be “critical friends.”

In the course of completing our last documentary, “AUGUST TO JUNE Bringing Life to School” we realized it would be important to show that what we documented in a rural California school was also happening in schools with a range of demographics across the country.  As a result we identified schools from Alaska to North Carolina, and highlighted 15 with photographs at the conclusion of the film.   While this gave a taste that meaningful education is possible in the inner cities of major metropolises such as New York, Indianapolis, Charlotte, and Boston, it didn’t answer the question of how these schools operated successfully in challenging environments.   It needed a one hour film of its own.

We chose Mission Hill School for many reasons.  It was located in Boston’s Roxbury district, a so-called “zone of special interest” where racial tensions have erupted in the past.  It is a neighborh 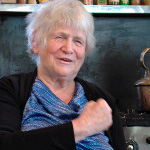 ood public school that parents in the district can choose, but because of its Pilot School status has more autonomy that most Boston public schools.  Founded by noted educator Deborah Meier, and in operation for 15 years, (with the same principal for the past 6) it is neither a school started in the heyday of alternative education, nor a brand new school with no record.

Working as a two-person team—cameraman and soundwoman, we made five trips to Boston over the course of the 2011/12 school year, spending a dozen school weeks with the Mission Hill staff and students.  Besides being ‘flies on the walls,’ we conducted many interviews with the staff, so their heartfelt and thoughtful words can further illuminate the strong images of their work.

It became clear to us that a big part of the dynamic happening here was because these teachers feel such ownership of their school and their teaching.  An aspect we had not explored much in AUGUST TO JUNE could be expanded here:  the role of a supportive community of educators.  The word “family” is used over and over again at Mission Hill for good reason.

A pivotal meeting with education writer Sam Chaltain and Ashoka fellow Dennis Powell, led to an opportunity to collaborate with them and IDEA to make an internet series prior to making the hour long video.  The series connected a wide range of organizations with internet presences giving them a common focus.  The two projects differ in style of presentation and content, and compliment each other.  The one hour film will begin making public appearances by autumn 2014, on public televisions stations, at community events and conferences.

The country continues to struggle over a perceived “achievement gap,” social and economic inequalities, and the need for the next generation to be creative problem solvers, but a reaction against high stakes testing is brewing, with parents all over the country opting out of the 2014 testing cycle.  We think this film will add to viewers’ understanding of how public schools can meet the challenges of our times in creative and individualized ways.